Where did the first man and woman come from ?This problem is somewhat similar to the problem of chickens and eggs. We know that sexual reproduction requires the participation of both males and females in order to be completed. Under normal circumstances, females are used to reproduce and raise offspring;

At present, the reproduction method adopted by most living things on the earth is sexual reproduction, that is, the reproductive cells of male and female combine to form zygotes and develop offspring. We humans are no exception.

So the question is, how did the first men and women come before humans? In other words, how is gender formed?

From the theory of evolution, we can know that all species on the earth did not appear independently at the beginning and have evolved to today, but in the past we all had a common ancestor. With genetic mutations and environmental choices, biological populations There has been differentiation and has gradually evolved to where it is today.

For example, we humans have only been on the earth for a few million years. Since then, we have been like the existing chimpanzees, jumping around in the trees all day long and living by picking wild fruits.

Therefore, about 4.5 million years ago, the climate and environment of the African land changed, the forests were degraded, and large areas of grassland replaced the original dense woods. This resulted in the compression of living space and increased competition. Some great apes chose to abandon life in the woods. Arrived on the vast grass.

In the end, these great apes who took the initiative to make changes evolved into human beings, but the process was very long, and it took millions of years. First, they learned to walk upright, shed their hair, and develop their brains;

After learning to use fire, making simple tools, works of art, etc. 1.8 million years ago, mankind has slowly come to today.

What is certain is that when the great apes were transformed into humans, all mammals on the earth, including reptiles and birds, had sexual reproduction, that is, there were gender distinctions at that time, including male great apes, And female great apes.

Therefore, during the evolution from apes to humans, men and women appeared simultaneously, and there was no question of who came first.

To find the earliest evidence of sexual reproduction, that is, the evidence of the emergence of gender, we need to go back hundreds of millions of years ago, when terrestrial creatures did not appear. At that time, life was still living in the ocean, and chordates just appeared. .

In 2914, Australian biologists found the earliest evidence of mating on earth in a paleontological fossil found in England. The pig’s foot in the fossil was a small-legged fish of the class Scutellaria. This is a very ancient fish that lives in 380 million years ago, they are no longer on the earth.

The male and female of this fish have obvious sexual dimorphism, that is, the appearance of the male and female individuals looks different. The male on the right in the above picture and the female on the left are the females. They stand side by side when they mate, and they are holding hands. The picture below shows how biologists imitated their appearance during reproduction.

This fish is the earliest chordod that humans have known to mate, and it is also the earliest known “sexual dimorphic” organism. In other words, in the ocean 380 million years ago, sexual reproduction has appeared, and there have been gender distinctions.

In 2010, biologists discovered a fossil finfish, which lived about 360 million years ago. This fossil evidence shows that in the fins of the finfish, the crawling bones of quadrupeds have appeared, which can clearly See the humerus, radius, ulna, carpal and finger bones.

This shows that this fish is the ancestor of amphibians, terrestrial reptiles, and mammals. It also shows that when organisms migrate from the ocean to the land, they already have sex and have sexual reproduction.

Therefore, the male and female individuals that later appeared on the land all evolved simultaneously, and men and women also evolved in this way.

But what is certain is that the small-leg fish is not the first creature to reproduce sexually on the earth. The form of sexual reproduction appeared very early, about 1.2 billion years ago. There are single cells in water and multicellular life.

The structure of life at that time was very simple and primitive. Life did not form a hard exoskeleton, and there was no endoskeleton like chordates, so much fossil evidence was not preserved. Therefore, the time when sexual reproduction appeared, and There is currently no unified answer in the scientific community for what biology.

At that time, most organisms used the method of asexual reproduction, that is, organisms simply replicate themselves, just like bacteria nowadays, one cell becomes two, two becomes four, etc…

The advantages of this method of reproduction are simple reproduction, saving time and energy, and speed, but the disadvantage is that the copied individual genes are exactly the same as their own, which is not conducive to biological evolution, and has poor resistance to environmental changes and deterioration.

This way of reproduction has caused life on earth to have basically not changed much during billions of years, and it has always maintained this simple, low-level form.

Therefore, at that time, some multicellular life in the ocean was urged by environmental pressure, and sexual reproduction appeared, and gender distinctions also appeared. You know that at this time, plants and animals are not completely separated.

Therefore, the first men and women can be traced back to these multi-cell life that lived in the ocean billions of years ago.

In this regard, biologists have also found some fossil evidence. The sedimentary rock in the above picture is in the Canadian Arctic. Scientists have discovered the multicellular organism Bangiomorpha pubescens 12 years ago. It is a red algae that we have now discovered. The earliest “sexual” creatures.

But is this the first biological reproduction of life on earth? It may or may not be. Maybe they have been sexually reproduced by organisms before, but unfortunately no fossil evidence is left.

In general, “sex” began in the ocean, and then appeared on land. Males and females appeared and evolved simultaneously, so there was no question of who came first and who came later. Multicellular life in the ocean.

Including the problems of chickens and eggs, there is no question of who comes first, and all of them have evolved simultaneously. 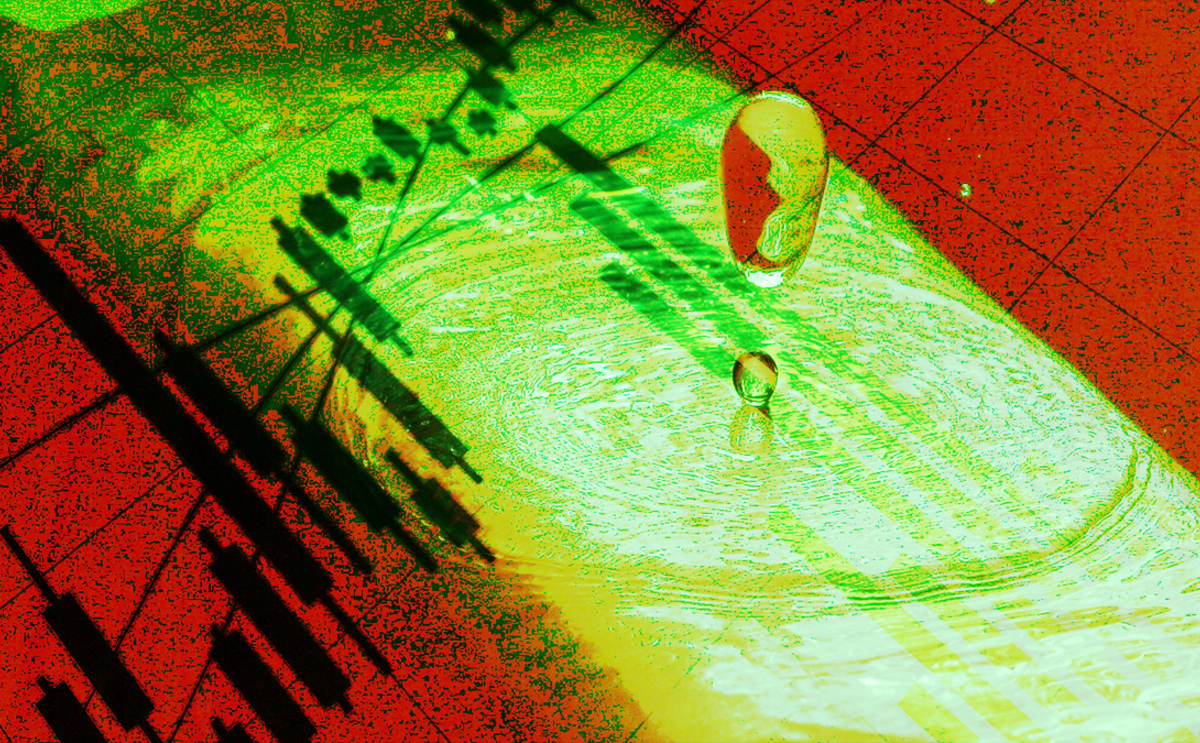